The idea originated from thinking about how you can create a standalone object that would be useful for someone. We thought about using LED lights to create a digital version of an everyday object which led to the idea for the digital hourglass. Creating a digital version of the hourglass allows you to adjust the timing to your needs while keeping the simplicity of the original form, a simple turn to set off the timer.​ 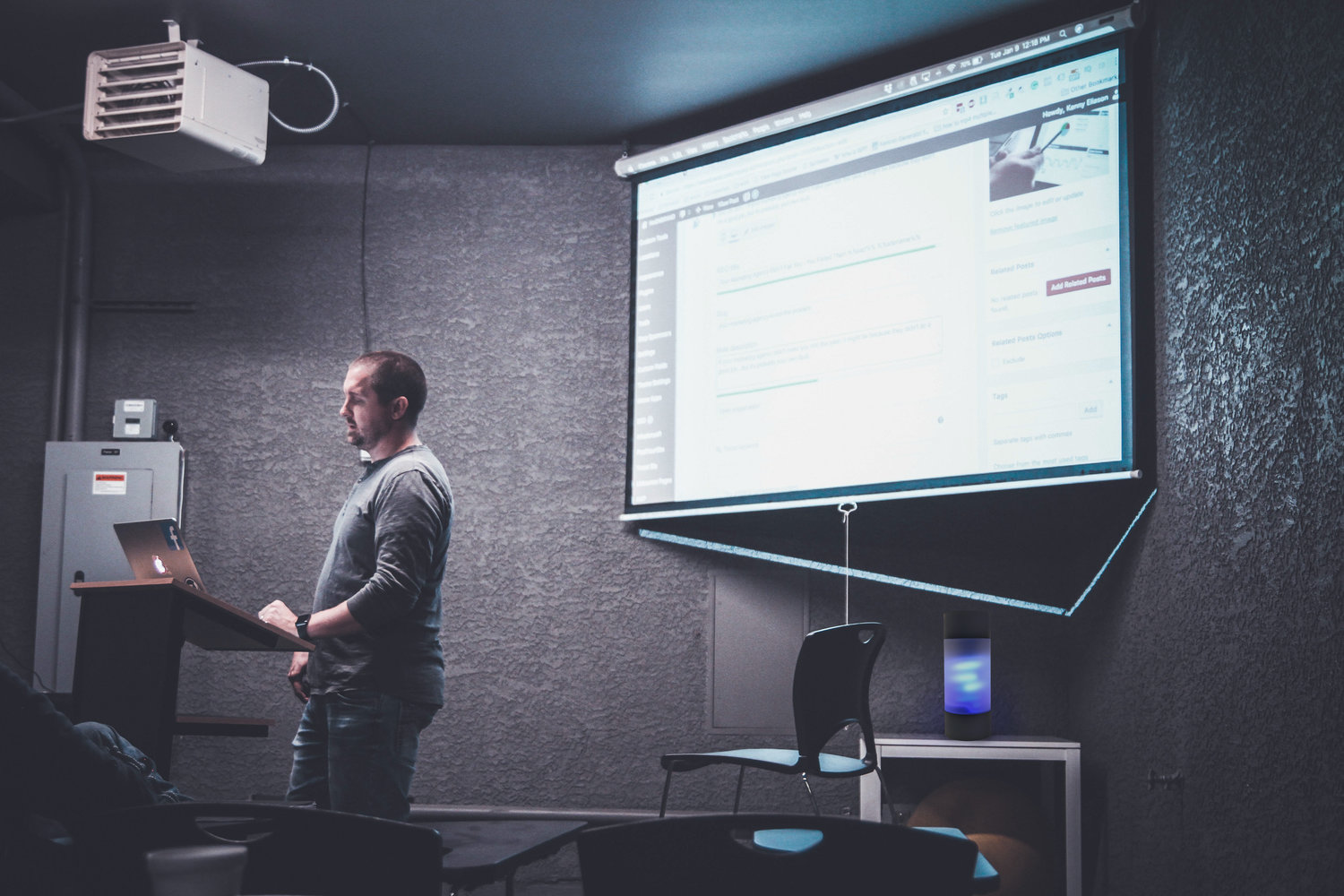 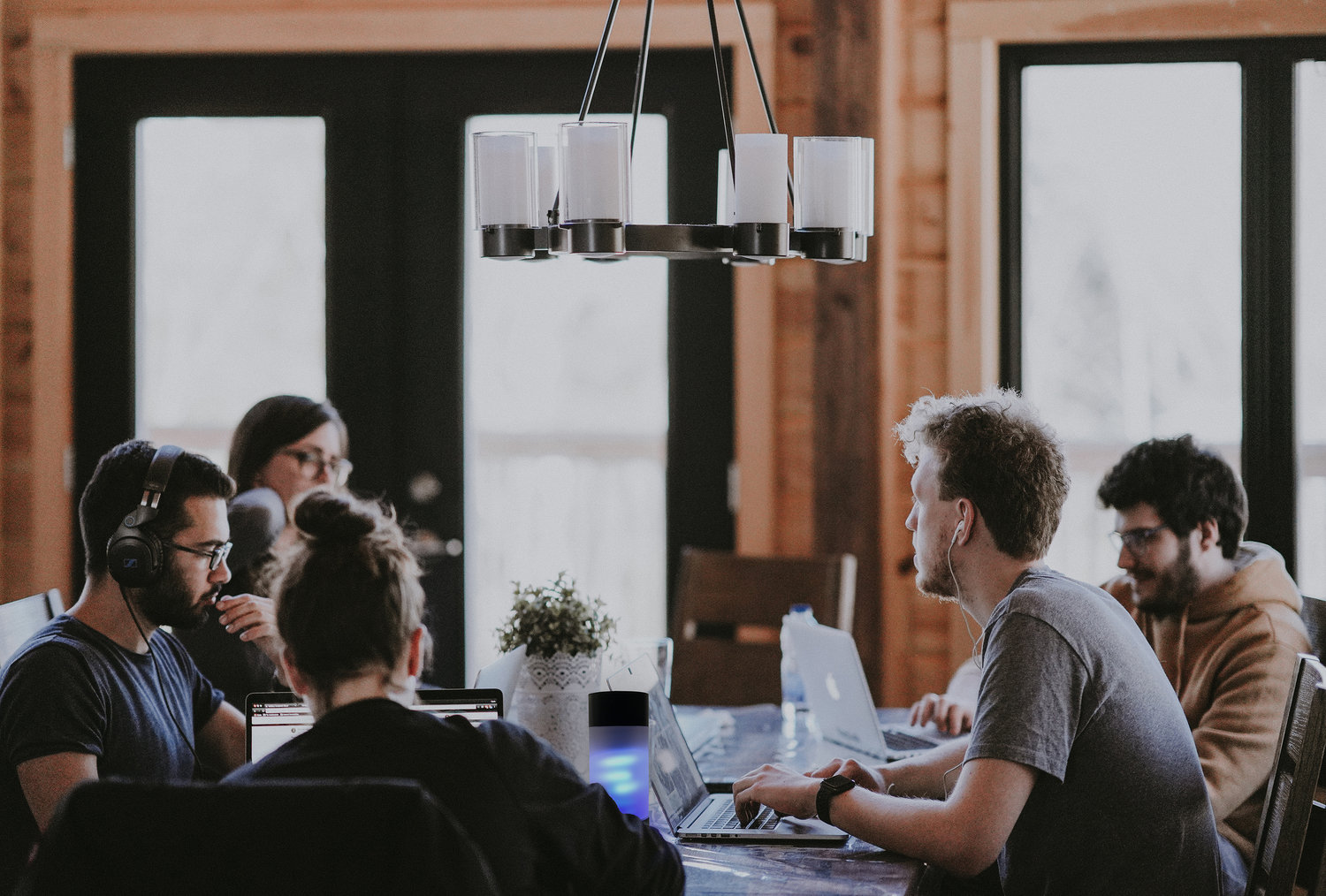 The NeoPixel LED Strip is connected to the Arduino using the 5V, digital and ground pins. Using the Arduino, it is programmed to run a specific light sequence in a predetermined amount of time.The accelerometer sensor connects to the Arduino via three separate analog pins and the 3V3 pin. Using the z-axis serial readings, the orientation is determined. This orientation value determines when and if the NeoPixel should run the light sequence.The hourglass is powered by a 9-volt battery.​ 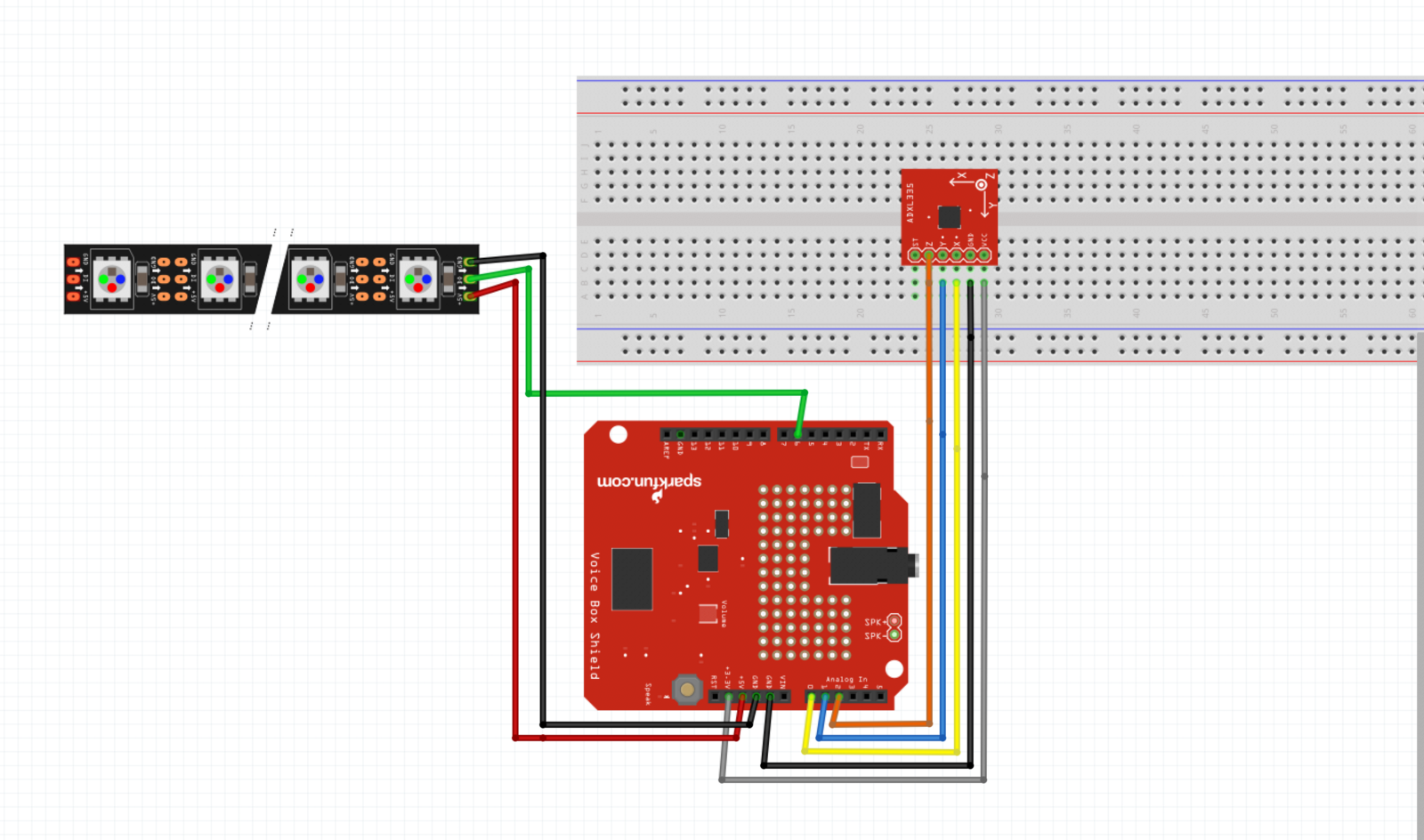 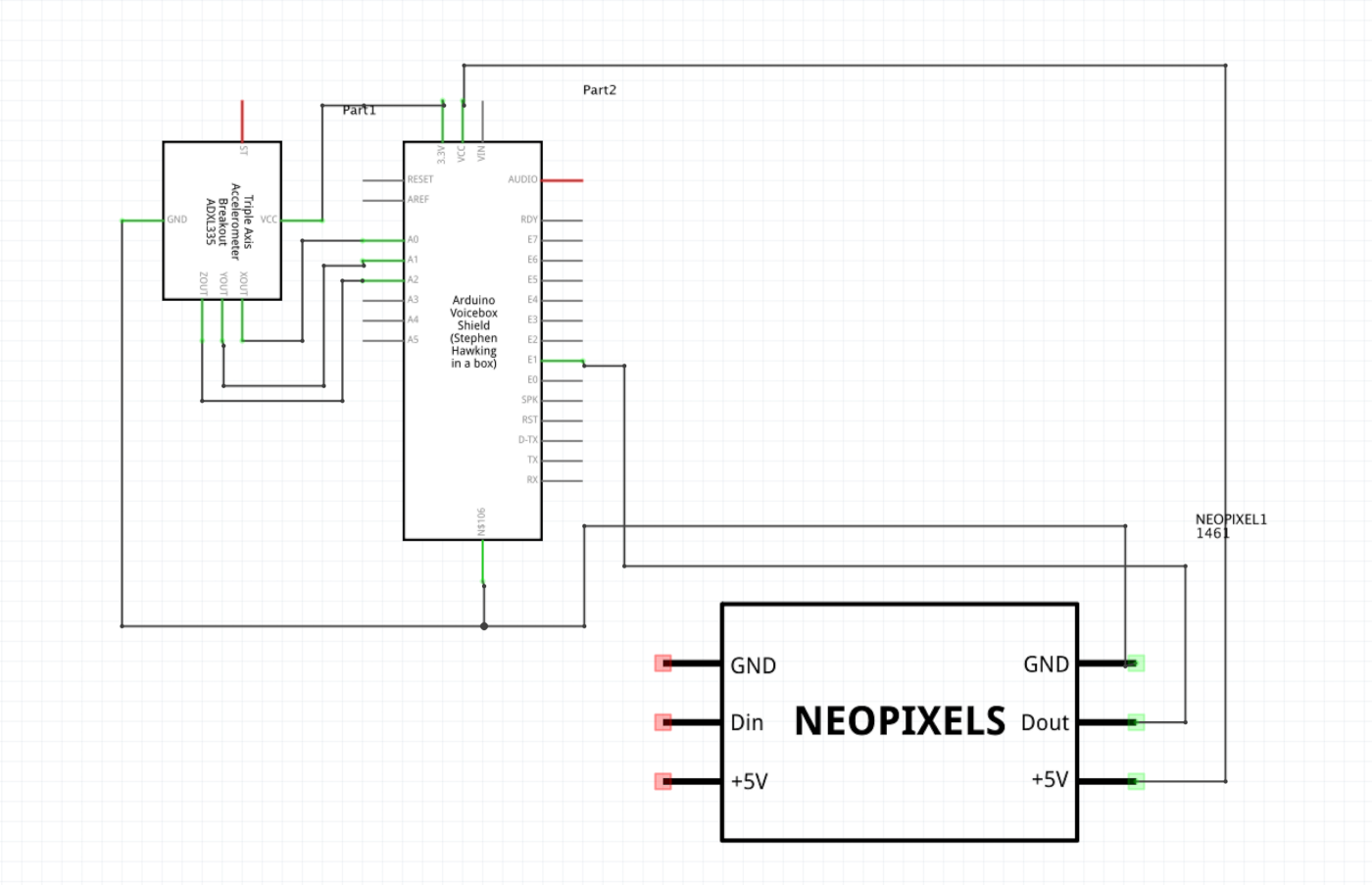 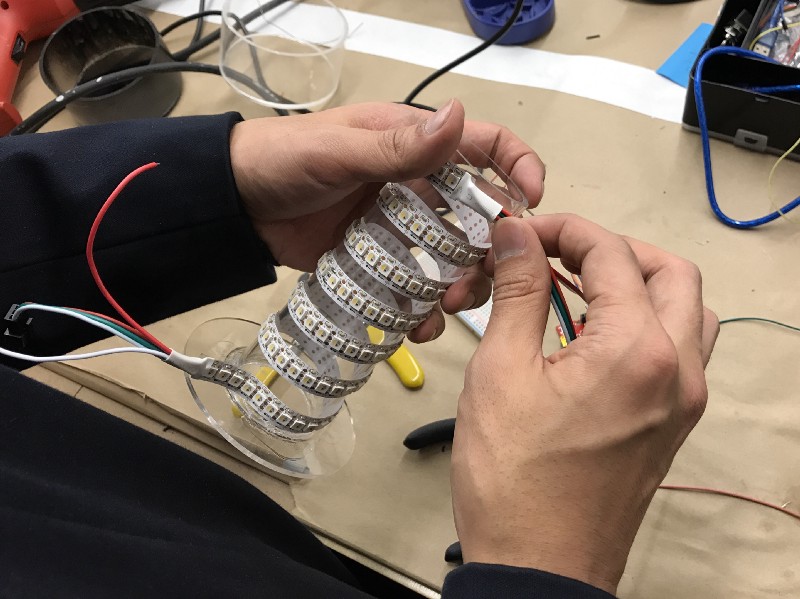 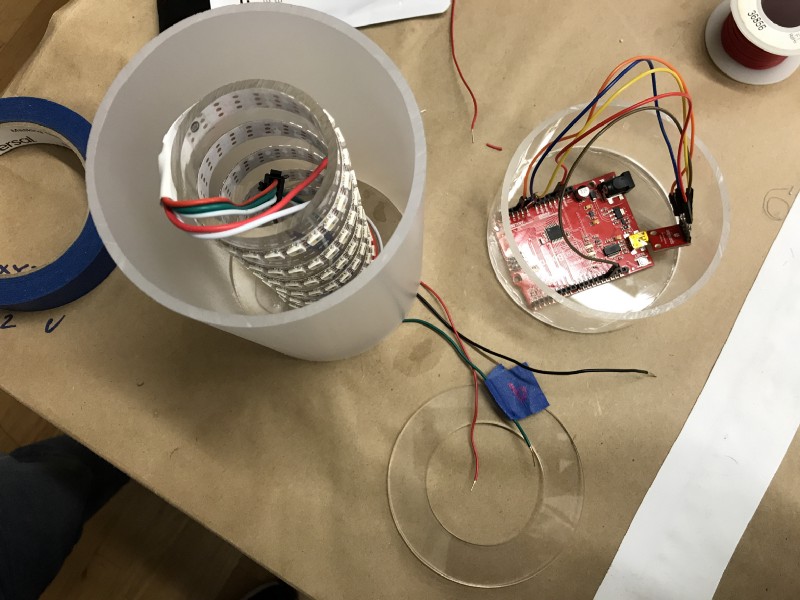 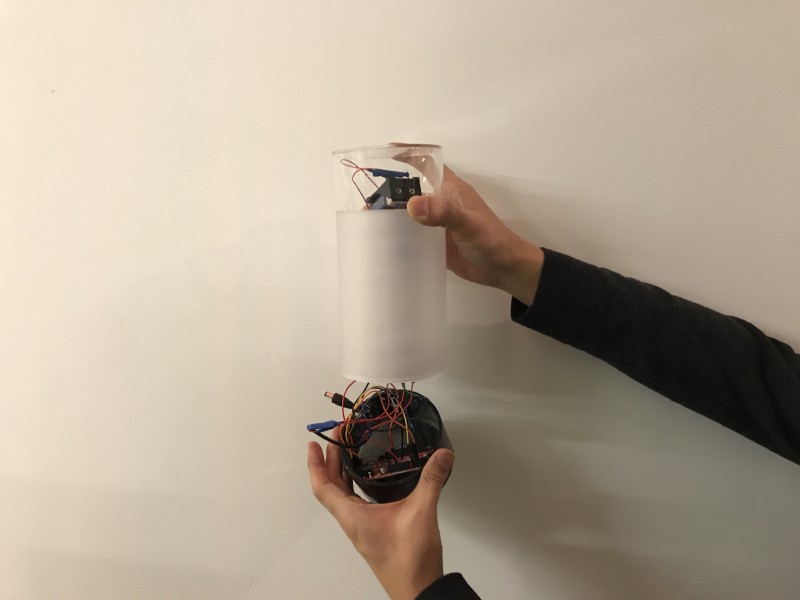 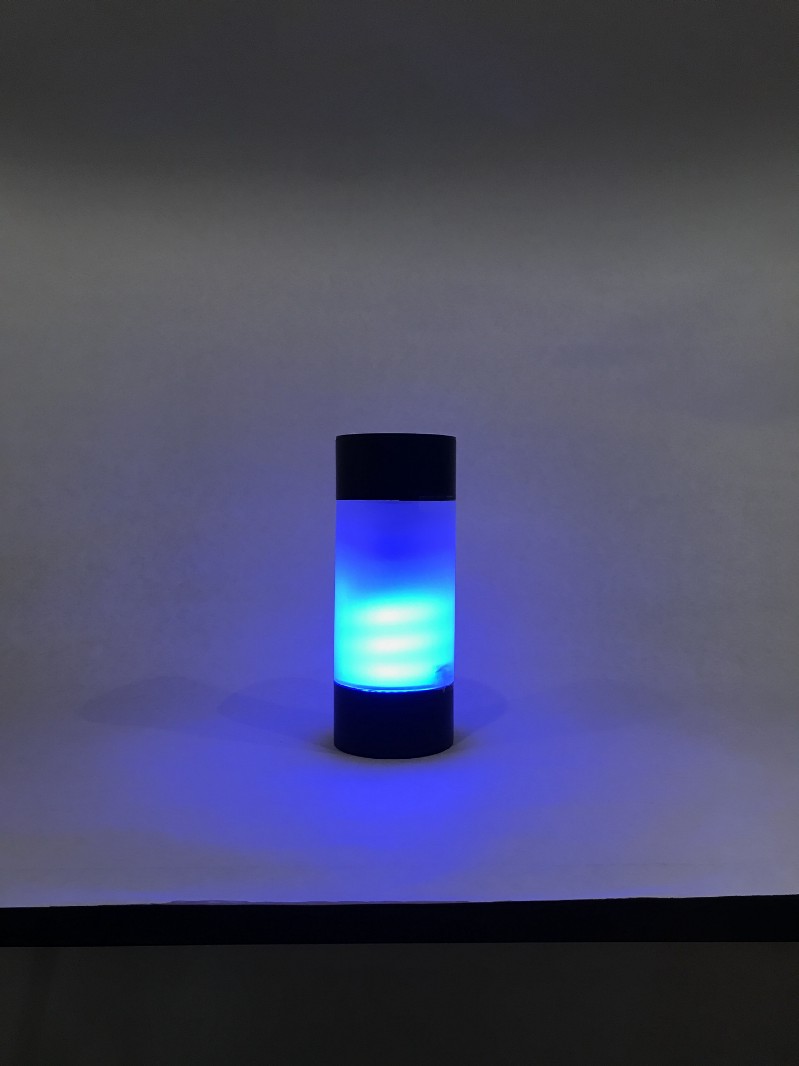